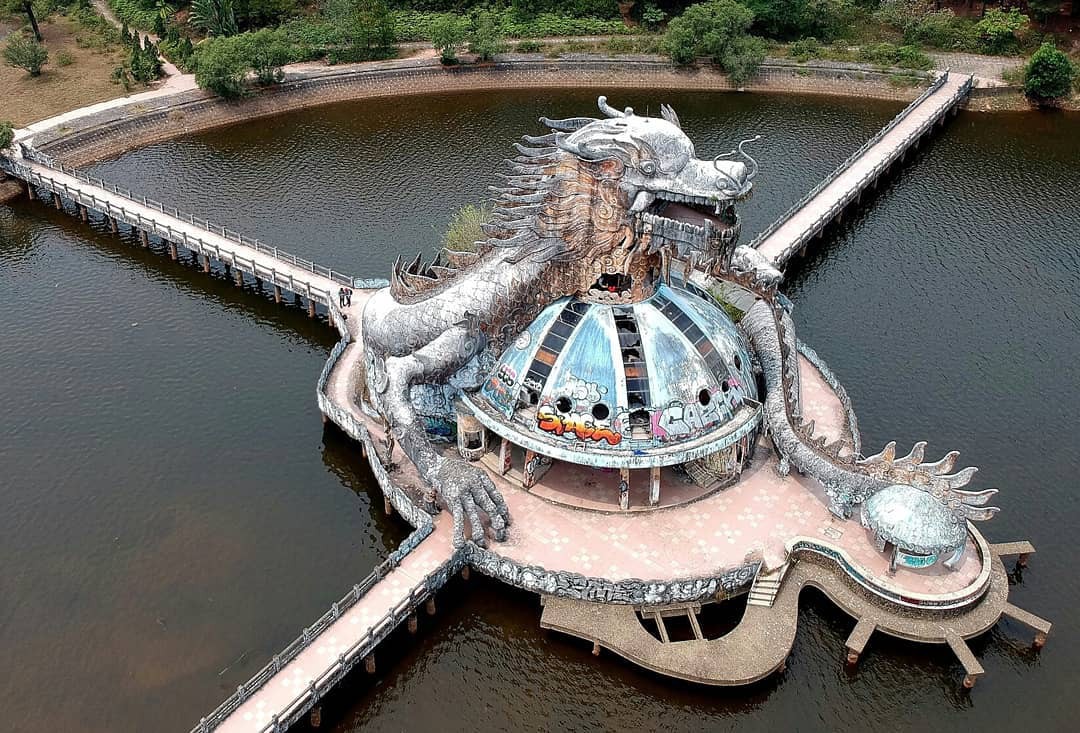 Most people probably think that only Thailand has a unique temple which is encircled by giant fish. Vietnam also has such a breathtaking landmark that is comparably beautiful. This is Sumeru Temple in Thailand with the special design.

Maybe many people will feel pity to have only such a masterpiece located in Thailand. However, if you don’t have budget to travel to Thailand, there is a place in Vietnam which may serve to be a good choice for you.

It is Thuy Tien Park in the dreamy city Hue, albeit abandoned. Thuy Tien park is about 10 kilometers far away from the city center at the southwest of Hue.

Located on Thien An hill, Thuy Tien lake is said to be one of the most famous but abandoned water parks in the world, containing the authentic ancient beauty with its obvious distinctive design.

Besides, it has already appeared on many foreign newspapers. In 2016, Claudio Sieber, the journalist of The Huffington Post of the United States went to this abandoned water park to take photos of this park.

Shortly after, the place became well-known, attracting both local and foreign visitors all year long. From 2004, it was opened when it was not yet fully constructed. And for unknown reason, the place was mysteriously abandoned about half a year later.

Over the past 15 years, the old-fashioned beauty of this place has continued to arouse curiosity to the world. This architectural masterpiece looks to stay at least for the next couple of years or more. Be sure not to miss this wonder if you visit Vietnam. 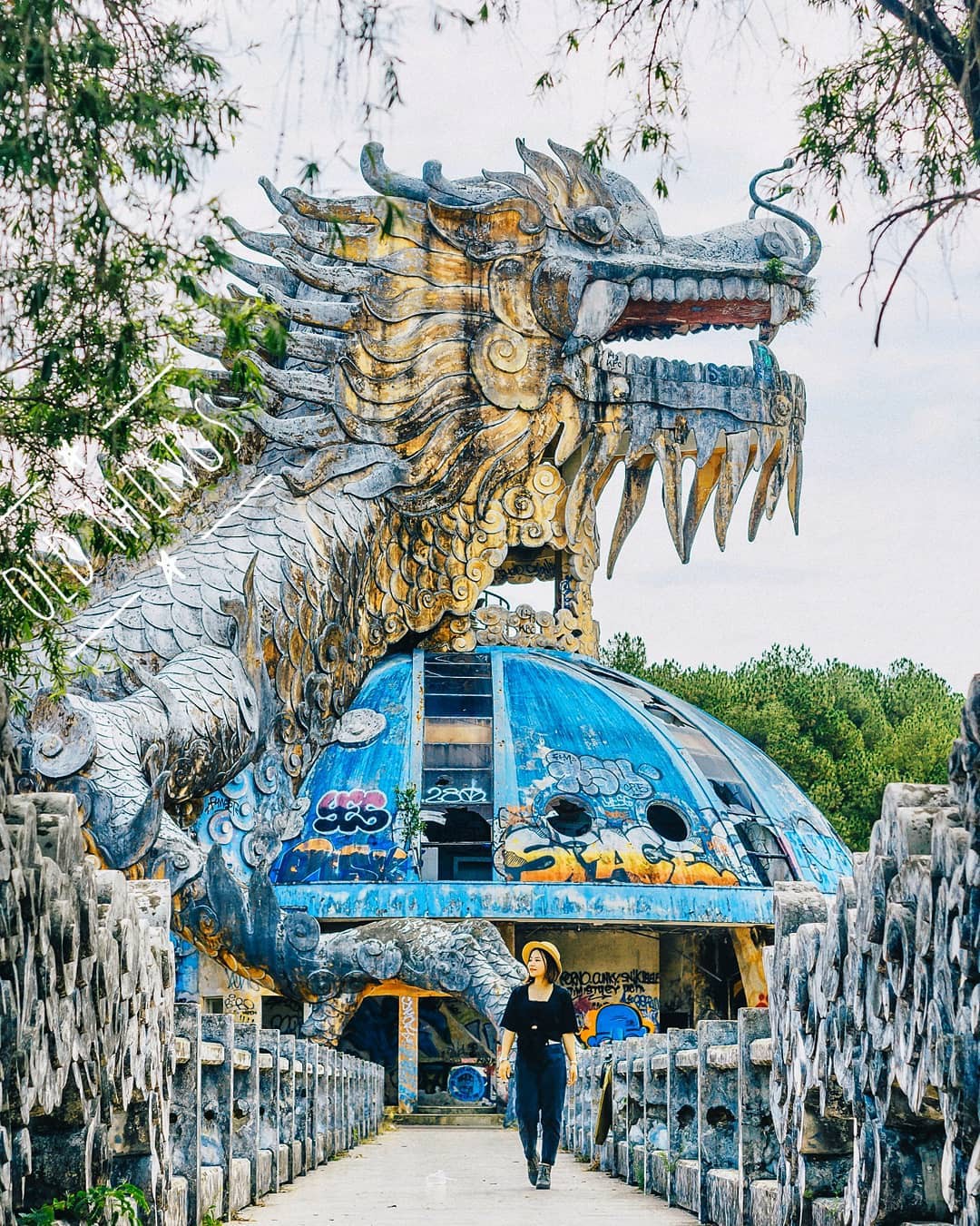 This is the popular place for Vietnamese and foreigners to do their social check-in. ( Photo: @thanhlan10)