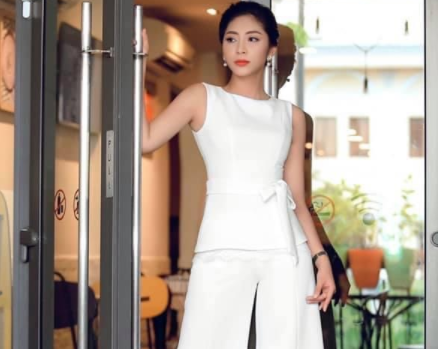 Vietnamese beauty Dang Thu Thao takes on a courageous move to share with the public what she had gone through recently.

After speculations of the divorce from business man Phuc Thanh, on November 4, Miss Ocean Vietnam 2014 confirmed the news publicly through her Facebook page.

Regardless of her celebrity status, Dang Thu Thao is considered courageous to announce the unfortunate news.

Thu Thao shared that she and her ex-husband lived happily in the first year together. Unfortunately to her, her husband had a girlfriend before she became pregnant. From the time when Thu Thao was pregnant, the third party tortured her mentally by sending photos taken together with her until the divorce was finalized.

Her former husband Phuc Thanh was also alleged to have hit her. Unable to withstand this anymore, Miss Ocean 2014 finally decided to divorce. Currently, Thu Thao has been able to balance her new life after the divorce, along with her followers sending a lot of best wishes as a show of support to the celebrity.