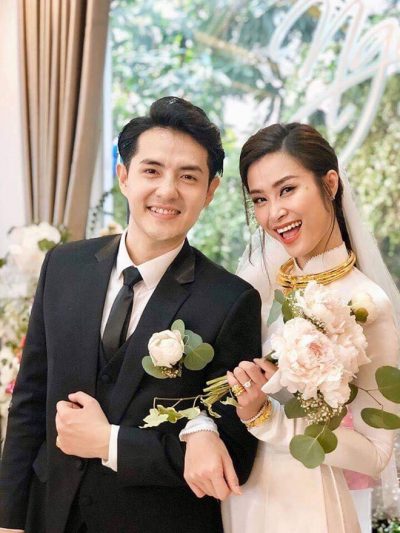 Ong Cao Thang was dashing in a formal vest standing next to his Princess Dong Nhi in Vietnamese traditional costume, Ao Dai.

The big day is now officially for this V-celeb couple after about 10 years of dating. As observed, hundreds of fans were up early to see off Dong Nhi to Ong Cao Thang’s house. Besides, the lovely couple also spent time to take photos with their fans and friends.

The bride and the groom were even photographed in a kissing scene in the midst of their families, friends and fans.

More pictures of this happy couple below: 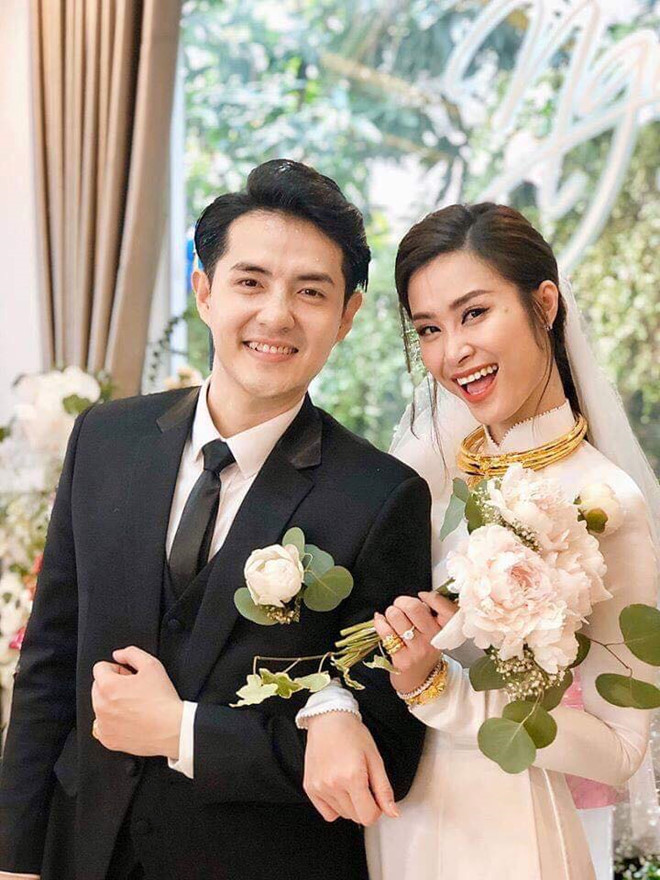