Toc Tien revealed the teaser via her Facebook cover photo. 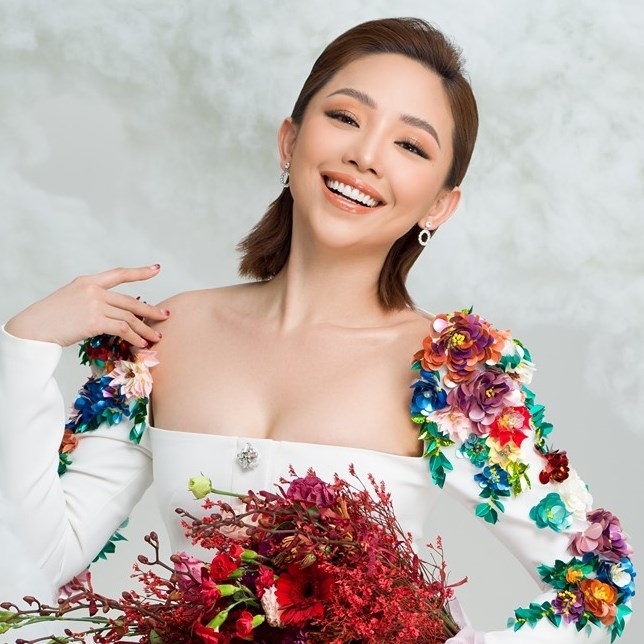 On Sunday, Toc Tien updated her Facebook cover photo, noting that it is not a photo that shares about her daily life, but a cool-looking photo that gives a hint on her upcoming new music. The status update has since then caused excitement to her fans, who are now anticipating for her return to the music scene. In the image, the female singer can be seen having red shoulder-length hair, and wearing a fashionable tight outfit and a pair of big glasses.

Particularly, the backdrop of Toc Tien seems like a picture of the earth. Furthermore, Toc Tien also revealed the song title as “Ngay Tan The” (translated “Doomsday”), and also hinted this to be a collaboration between her, Touliver and Da LAB, as the latter known to be popular in Vbiz.