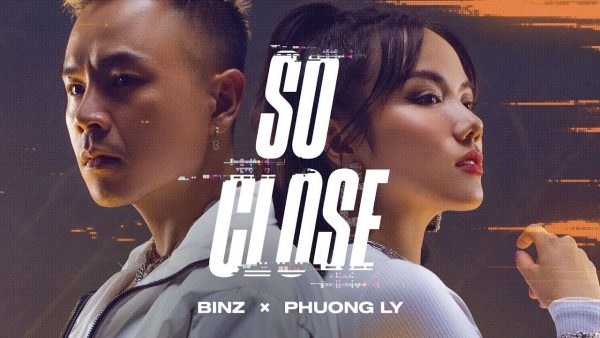 Recently, Phuong Ly and Binz excited their fans when they suddenly released a teaser of their upcoming music video titled “So Close”. They look cool in the coming music video.

This upcoming new music video will mark as the first collaboration between Phuong Ly and Binz. With the release of the poster and teaser of the music video, their fans are unable to sit still waiting for the actual release day.

With 35 seconds, Phuong Ly and Binz gave off a different appearance from their typical styles – one that they haven’t tried before.

Specifically, both are bold and courageous engaging a gunfight. Viewers can feel the light and bouncy beats that make them ready to dance.

At the end of the teaser, the go-live date is revealed to be on August 24.

With just some hours to go before the release, let’s start to count down by watching their “So Close” teaser first:

In this article:Binz, Phuong Ly, So close