Pham Quynh Anh is gearing up for her upcoming return with “Xieu Long”.

Besides the familiar sweet vocal of Pham Quynh Anh, the music video will also feature charming Tuan Duy and Trang Hy. The backdrop of the teaser suggests that an enticing story would take place in a flower shop concept. 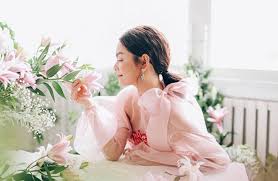 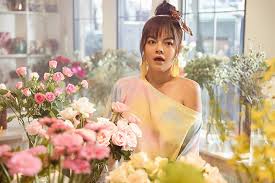 In the video teaser, Pham Quynh Anh and Trang Hy are seen chatting in the flower shop when a handsome customer Duy Tuan comes by.

Pham Quynh Anh seems as if to have an instant crush with the male customer right at first sight.

Pham Quynh Anh has been receiving a lot of good comments about her youth and beauty, particularly on the fact that she looks youthful despite being a mother of two daughters.

“Xieu Long” is scheduled to be released on November 4, be sure to keep a lookout for her return to the music scene!