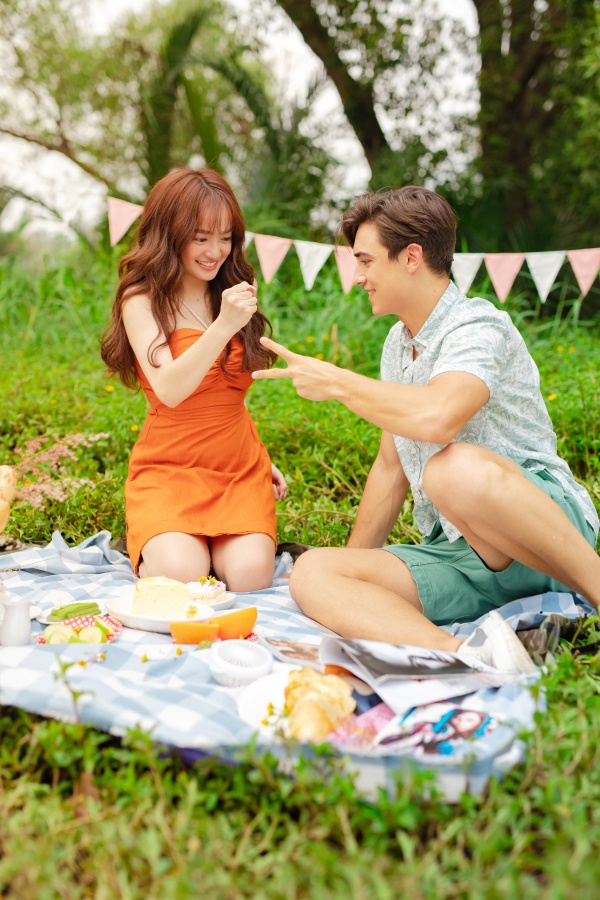 Not long ago, many people were curious about a western boy who talked to Kaity Nguyen in a coffee shop, with some speculating that he might be her boy friend.

Yes and no. So he is actually Kaity Nguyen’s boyfriend but only in her debut music video. As announced, her first music video will be released at 8 p.m on October 20.

With only 18 seconds, Kaity Nguyen had succeeded in getting viewers excited with her sweet voice. As seen in the teaser, viewers can see that Kaity Nguyen and her boyfriend are having a picnic while enjoying happy moments together. With soft melody, lyrics and vocal, the temptation is real as fans could hardly wait until the day when the video is fully released.