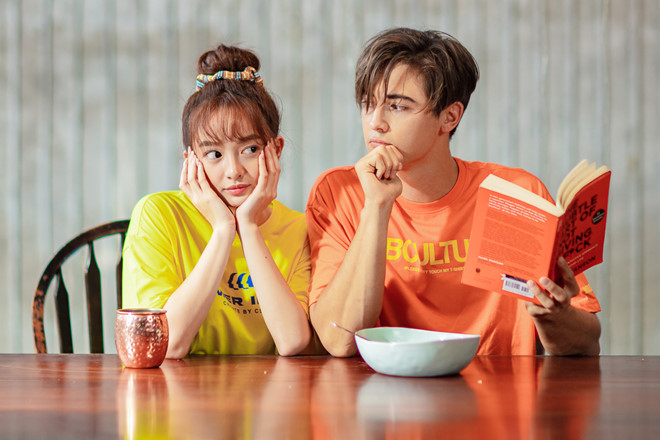 As Kaity teased earlier on, she officially debuted on October 20 with “Neu Anh Khong Phien”.

The said song now marks as the first song Kaity debuted with a new role – as a professional singer. The music video is about a single girl. On a boring day, she orders pizza to eat as well as killing time by reviewing old movies, with one of these movies titled “Em Chua Muoi Tam” (translated “I’m not 18 yet”), the film that Kaity Nguyen starred in.

Then the pizza comes and she recognizes the delivery boy (Yura Po) having the same appearance as the actor in the series that she had just watched. With lovely words and soft melody, Kaity Nguyen catches attention easily from the audiences with the new song. Besides, western male model Yura Po, Trinh Thao and Trang Hy are also featured in the music video, which makes it  more lively.