Huong Giang did not let her fans wait long as she just uploaded her music video onto YouTube yesterday.

“Anh Ta Bo Em Roi” (translated “He Left Me Already”) is in fact the next episode (part 3) of the series of music videos “Anh Dang O Dau Day Anh” (translated “Where are you now”). 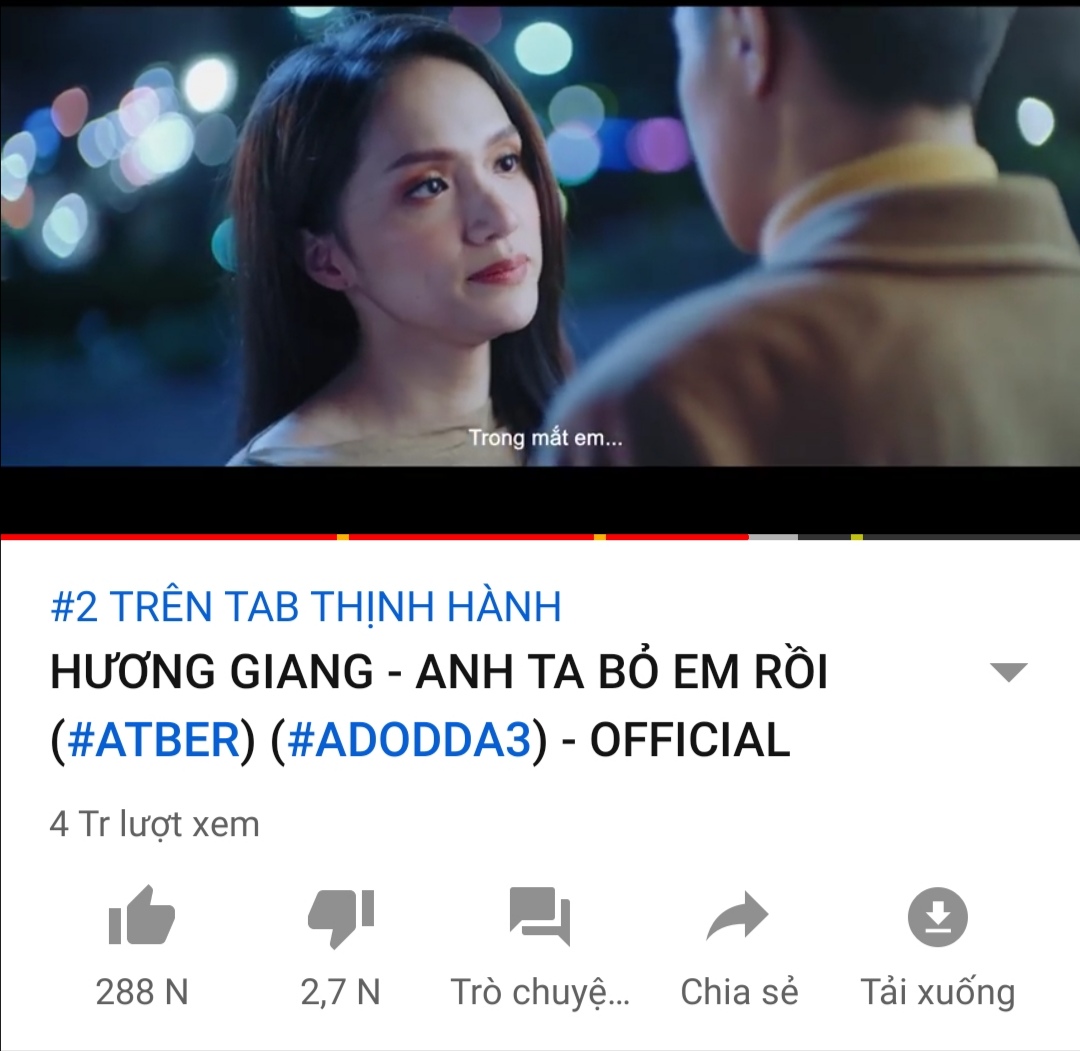 Huong Giang’s music videos “Anh Dang O Dau Day Anh” is interestingly a series of music videos that particularly emphasize on good content. Besides the melody and the lyrics, the video also features an interesting plot as the female singer brings public from this unexpected scene to another unforeseen scene.

Local fans particularly showed support to Huong Giang’s music video to have it going within top 2 trending YouTube Vietnam less than a day.