Geographically situated near the Laos–Vietnam border, Son Doong Cave has an internal, fast-flowing subterranean river, and the largest cross-section of any cave worldwide. On Monday, H’Hen Niê took to her own Facebook page with an exclusive photo shoot in Son Doong Cave.

In the photos, the celebrity wore bright yellow tops and shorts. With a huge yellow shawl, she attempted to showcase a flower-like silhouette against the dark backdrop.

The photos won favorable comments from the viewers as many were utterly wowed by the good still shots taken by the professional photographer. The position where she took the poses was also noted to have been specially selected, given by its natural spiral surface that lightened up the scene with a sense of mysterious aura. 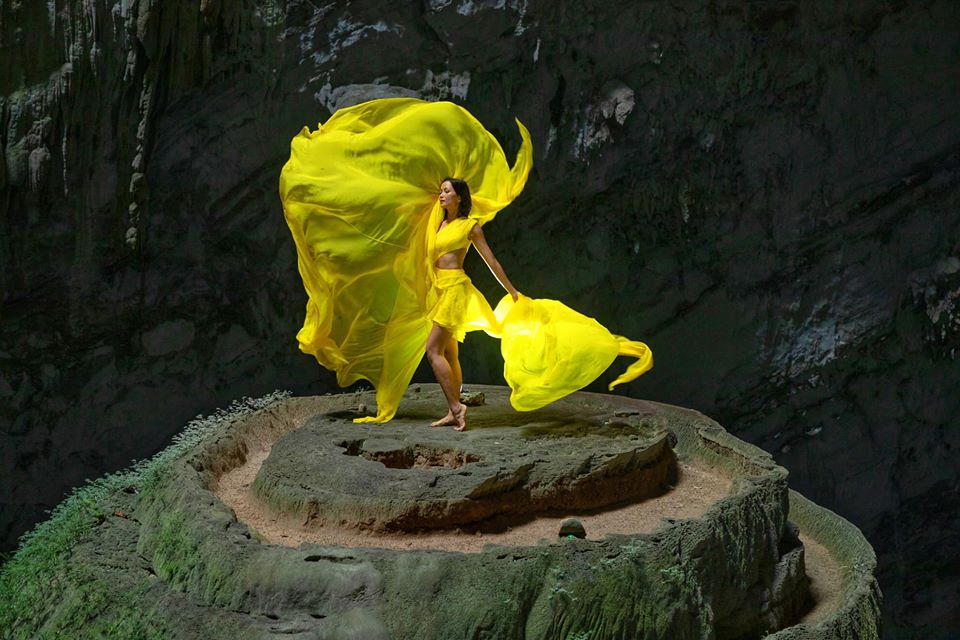