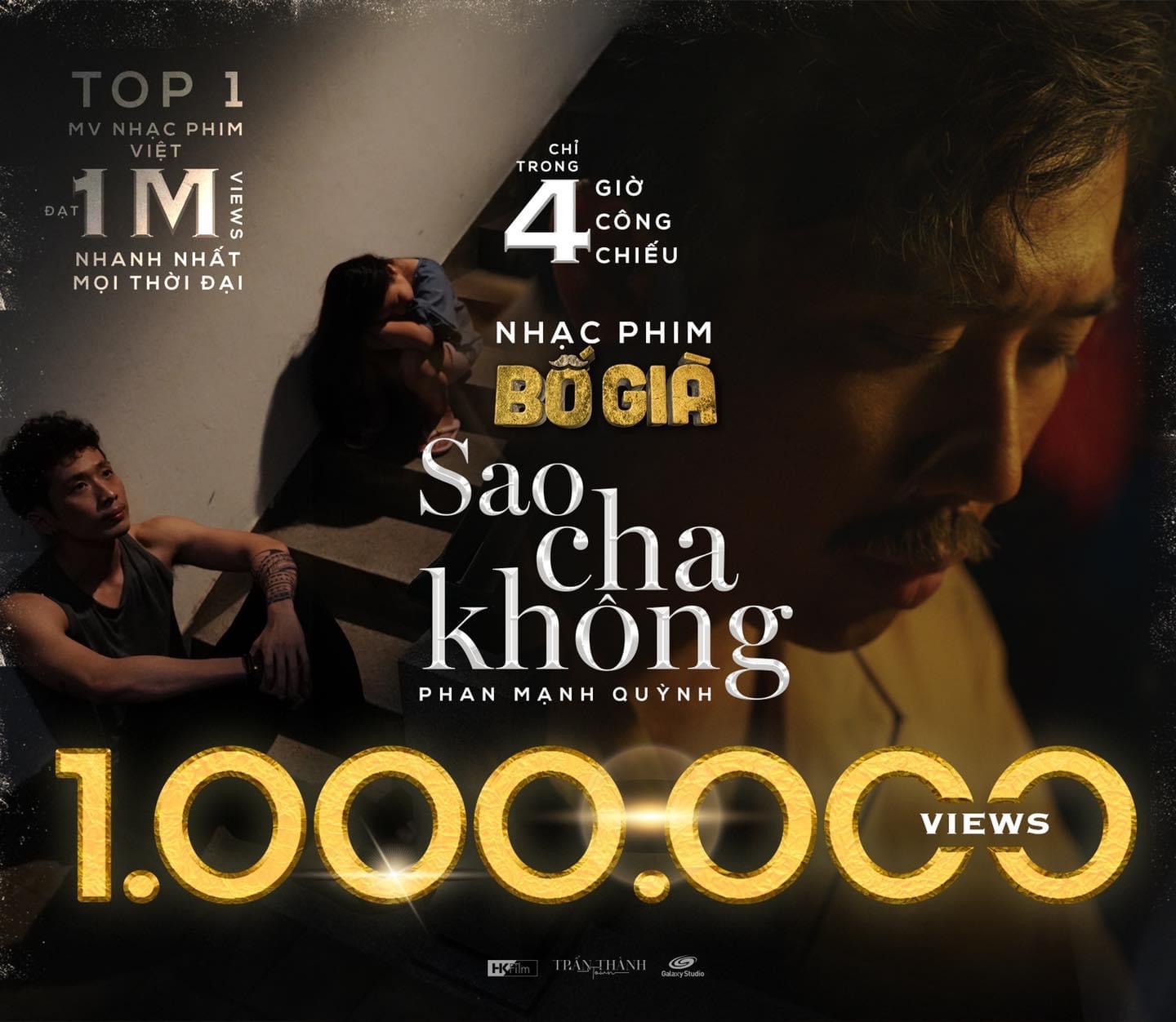 At present, “Bo Gia” is the current Vietnamese movie that has been garnering attention within local communities. After previously released the official OST “Cha Gia Roi Dung Khong” which is sung by Ali Hoang Duong, the movie production has just released the next highly anticipated OST, titled “Sao Cha Khong”, a song that is making its rounds to touch listeners’ hearts.

“Sao Cha Khong” is reportedly composed by Phan Manh Quynh and sung by himself also. As an evidence of how the movie fans have been eagerly waiting for this release, “Sao Cha Khong” has surprisingly hit 1 million views after four hours from its upload. It is also said to be the fastest Vietnamese film OST to have ever attained such achievement!