Isaac, Dieu Nhi and other actors in the movie “Dear Devil Brother” made appearance at 2019 Busan International Film Festival in South Korea. Generally, the Vietnamese movie “Dear Devil Brother” attracted attention as it was remade from Korean film “My Annoying Brother”.

At the event, the Vietnamese actors received a lot of love and support from Korean fans as well as Vietnamese fans who reside in the country. Particularly Dieu Nhi and Isaac put on their best appearances with classic suits much to the delight of the public. 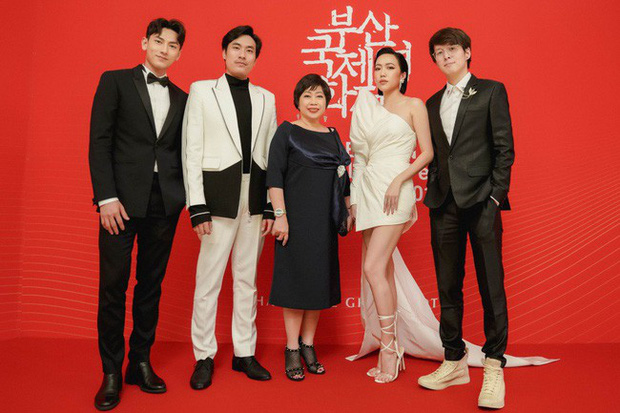 Issac has a lot of fan girls when he joined in Busan international film festival in Korea.