Coincidentally, the dress that Diem My tried out for a fashion event was exactly the same one that top Korean actress Song Hye Kyo wore before.

Song Hye Kyo on the cover page of the magazine ELLE Featured on the cover of Elle magazine in March 2019, Song Hye Kyo had captivatingly showcased the high beauty standard of Korean entertainment industry. With short bobbing hair and natural makeup, the cover was enchanting to its viewers.

Song Hye Kyo has always appeared the same, even if she is the featured cover face of fashion magazines, she never fails to maintain her fragile beauty, gently as what she has always known to be. This is the design that Song Hye Kyo wore when taking photos for ELLE in March 2019.

The magazine photo of Song Hye Kyo was taken back in March 2019, and it is now also known as the period of time when her marriage with Song Joong Ki faced trouble. 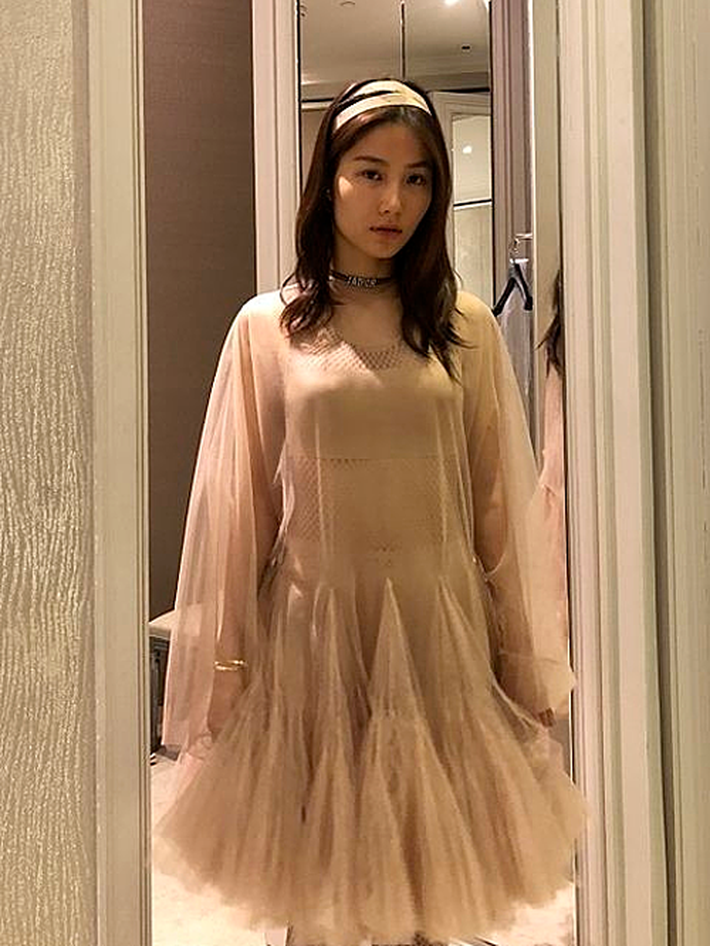 Even though many people people said that is not as beautiful as Song Hye Kyo , she is still evry pretty by own her way, right?

As the muse of the first fashion show in Vietnam called Beauty Of yesterday, Diem My 9x coincidentally tried out the same dress which Song Hye Kyo wore for the magazine photo shoot.

In the coming event, Diem My 9x will appear with her own unique beauty characteristic – one that the celebrity model is known for pursuing as always.