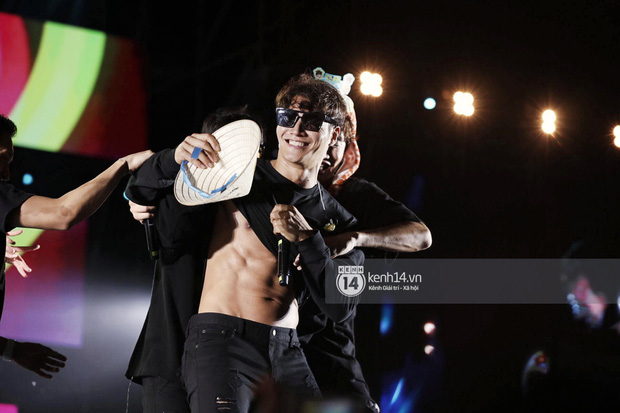 In Vietnam, December 1 has become one of the most memorable days in 2019. After watching the top Korean variety show Running Man for almost 10 years, Vietnamese fans finally had the opportunity to meet their idols in real life.

What’s much more rewarding for this long wait is particularly when the fans were treated to an one-in-the-lifetime scene when Kim Jong Kook’s six-pack chocolate abs was mischievously revealed his show peers Haha and Lee Kwang Soo.

Kim Jong Kook is one of the key members in Running Man, who is also known to keep a good healthy body shape with chiseled abs.

During the fan-meeting, when Kim Jong Kook was holding Vietnamese traditional cone-shaped hat Non La, Haha and Lee Kwang Soo decided to disturb him by holding down his hands, tried to pull up his T-shirt in order to reveal his abs in front of the fans, much to everyone’s delight. The scene was welcomed with deafening screams from the ground.