Not appreciated well at the time of launch, nevertheless “Descendants Of The Sun Vietnam” becomes the first Vietnamese Drama to be copyrighted and broadcasted by Netflix.

In 2016, Korean drama “Descendants Of The Sun” was a mega hit with A-list seasoned faces Song Hye Kyo, Song Jong Ki and other notable actors.

In a surprising move, “Descendants Of The Sun Vietnam” has also just officially begun to screen on Netflix, and becomes the first Vietnamese Drama to be available on the world’s leading online movie-watching platform. 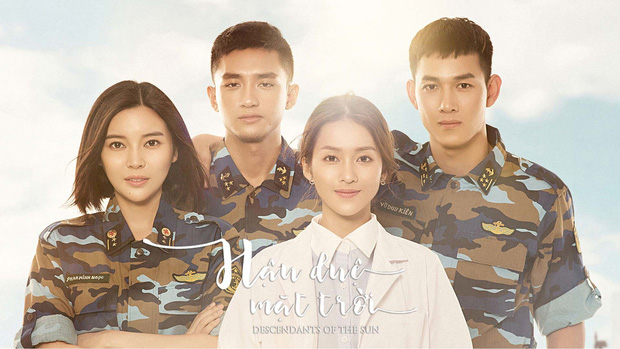 At the beginning of the local broadcast, “Descendants Of The Sun Vietnam” did not receive much love from the audiences due to opinions of the characters’ appearances and the film sets.

However, the drama gradually garnered attention and support right before the final episode. Before it was available on Netflix, the drama was already sold to China and aired on IQIYI, which is a big milestone for Vietnamese drama industry.

Watch the trailer for “Descendants Of The Sun Vietnam” below:

In this article:"Descendants Of The Sun Vietnam", descendants of the sun