Lately, the netizens got surprised when they saw a rainbow-colored bridge in China that looks similar to the Golden Bridge in Vietnam.

Golden Bridge at Ba Na Hills in Da Nang was opened more than one year ago, and since then, it has become one of the top must-visit places for tourists when visiting Central Vietnam.

The unique designed bridge has not only been attracting attention domestically, but also outside of Vietnam. 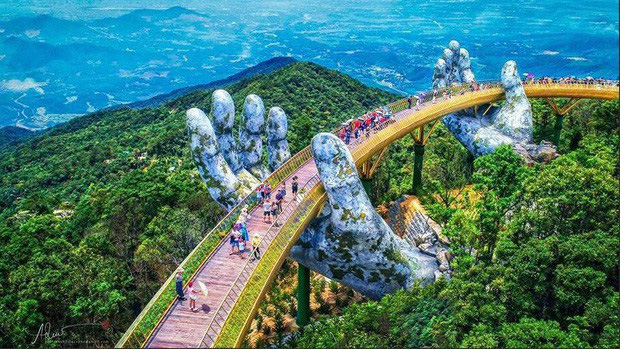 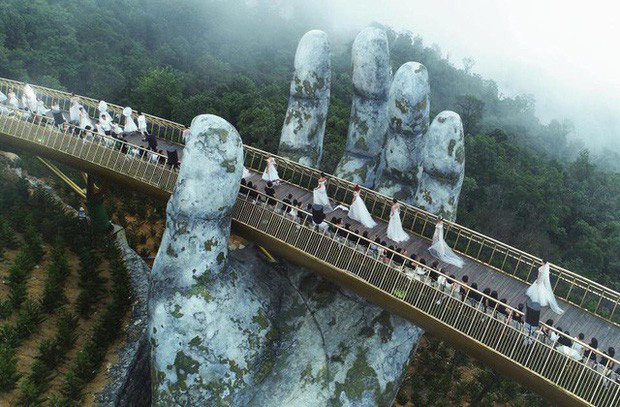 Golden Bridge is located at Ba Na Hills, with its height approximately 1,400 meters above sea level, and nearly 150 meters in length.

At any angle, the two giant hands supporting the curving bridge look like a young woman lifting a strip of silk across the mountain forest.

With the natural surrounding landscape often covered by clouds, walking on this bridge is like being lost in the fairy land. The Golden bridge at Da Nang in Vietnam is one of the top places that many people want to visit nowadays.

While people thought that ​​the Golden Bridge is unique, however in China, a similar “hand” bridge was just built, resulting comparison between the two. 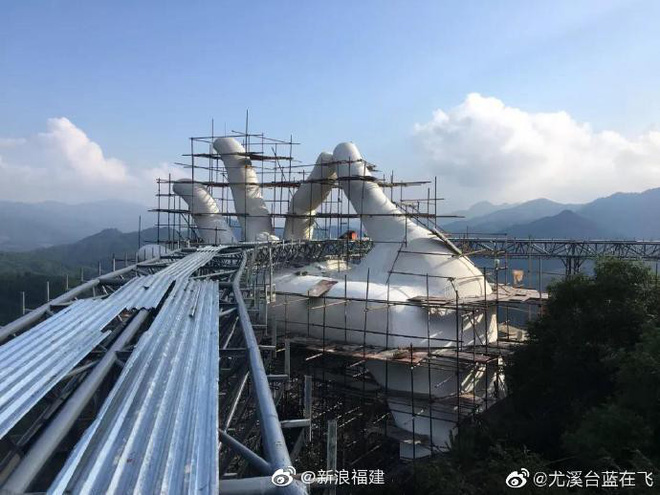 The rainbow bridge in China took over one year to build.

The Rainbow-colored Bridge cradled in a giant hand has become the latest tourist attraction in southeast China’s Fujian. This bridge also received the Guinness record for being “the largest Buddha hand sculpture in the world”. 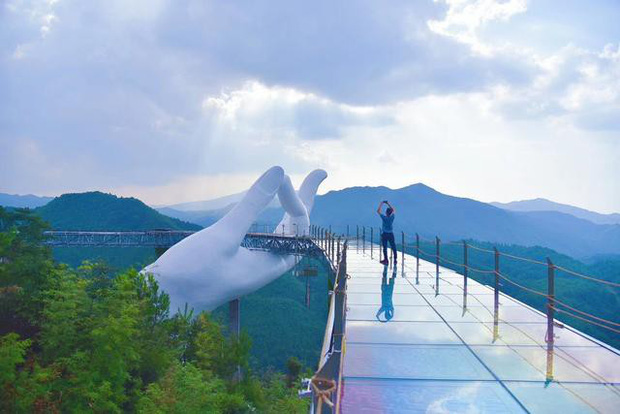 The bridge in China was reportedly built with a budget of about 16 millions RMB, with its length at 99 meters. It was designed like the giant Buddha’s hand that stands out majestically in the nature. It results people to think of Da Nang Golden Bridge, which is already popular among international communities.