From last night, Thu Thuy’s husband Kin Nguyen has been getting “attacked” online by netizens.

Recently, on an online forum for Vietnamese entertainment industry, there was a video clip specifically cropped off from the livestream of the couple Kin Nguyen and Thu Thuy, together with the latter’s son from her previous marriage, Henry.

In the short video, the husband of Thu Thuy Kin Nguyen was seen pulling Henry’s hand down under the table, making his face wince and then hastily pulled back later.

Although it was not known what Kin Nguyen actually did to Henry, the latter looked uncomfortable and kept saying “painful”, and that really made viewers frustrated.

Many assumed that Kin Nguyen had secretly “done” something with the boy’s hand for being naughty as the stepfather kept a rather stern face with Henry.

Then Thu Thuy touched Henry’s hand and said: ” Don’t touch it, it’s ok”, which led to a lot of comments on why she said that. Even though, netizens did not know exactly what had happened, they commented badly on Kin Nguyen’s action. There are so many bad comments about Kin Nguyen’s action.

On the social media of Thu Thuy and her husband Kin Nguyen, many negative comments could be seen. However, at time of writing, the couple has not come up to clarify what happened. 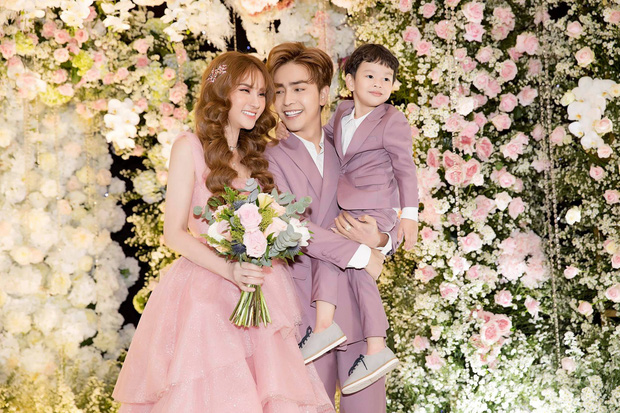