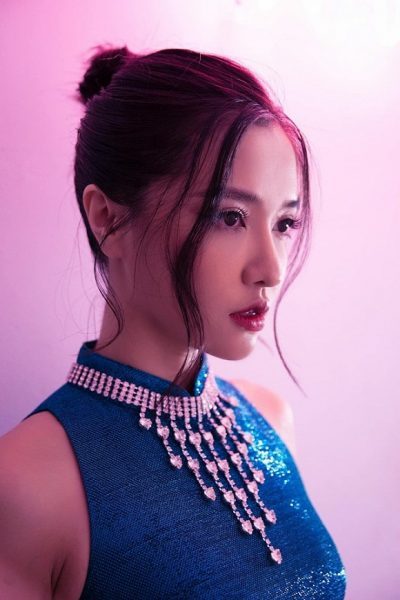 In the evening of October 27, Bich Phuong encountered a bizarre situation right on stage while she was performing.

In the video, a man from the audiences apparently went on stage and grabbed her microphone while she was singing – to find his daughter who went lost in the crowd. As he shared on the stage, he was there attending the music show with his daughter. However, she later got lost with her father when the latter was buying something.

As the man became anxious with his daughter’s whereabouts, he did not know what better way to search for his lost daughter among the crowd except to seek help on stage while Bich Phuong was still in the midst of her performance.

Specifically, instead of being in a shocked state, Bich Phuong handled such unexpected situation professionally and has received plenty of good comments from the viewers who watched the video.

In fact, initially Bich Phuong was shocked as it all happened so quickly. After that she also asked the audiences to help the man to find his daughter.

In the end, the singer informed her fans that she was fine and the little girl was eventually found.