This is the first time that Si Thanh and Huynh Phuong officially appeared together in front of the public after revealing their relationship status.

In the evening of October 12, celebrity couple Si Thanh and Huynh Phuong appeared together in public at an event after announcing their relationship publicly.

Si Thanh wore a white dress which showed her bare shoulder, and attracted with her beautiful face like a princess. Her boyfriend Huynh Phuong looked more mature, yet stylish with a white vest, different from his usual casual appearance. 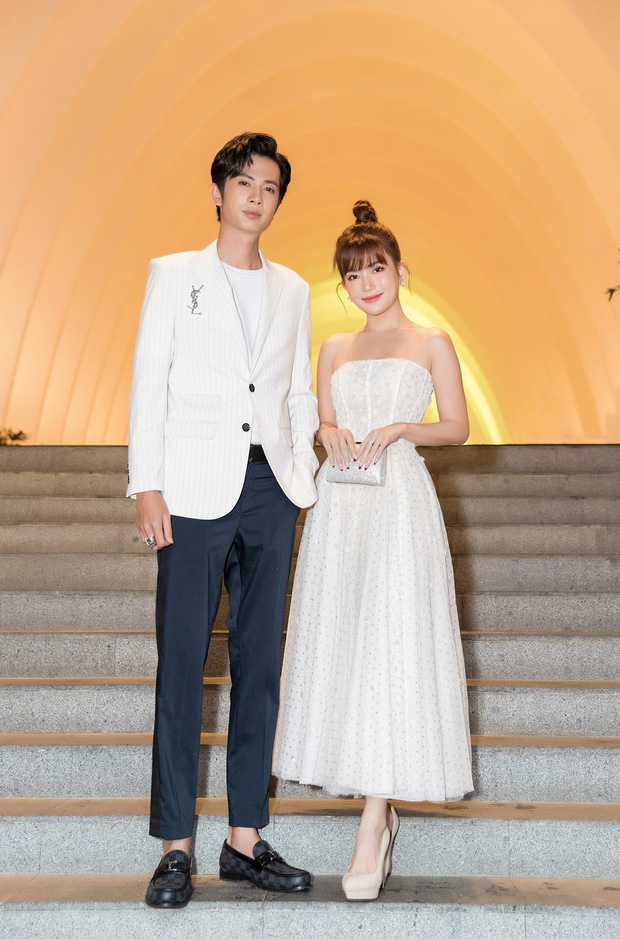 The lovely couple has been receiving attention from the public after revealing to be dating. Even though Si Thanh is older than Huynh Phuong by six years, they look perfect together as a couple.

The couple also shared that when revealed their relationship, they received much attention from fans that both felt a bit disturbed of their private life. However, Si Thanh feels happy and blessed to have the well-wishes from everyone.