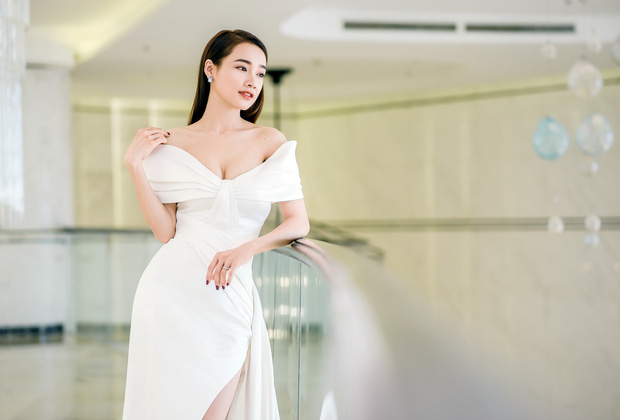 As everyone might have known, Nha Phuong just gave birth not so long ago. For attending a recent public event, the Vietnamese celebrity looks elegantly beautiful in a white dress design. This time, she looks as if she is an angel with the nude lipstick.

Coincidentally, the dress that Nha Phuong wore is exactly the same one that top Thai actress Baifern was seen with before. Fans can’t stop staring at Baifern because of her beauty.

Some days before, the public saw that Baifern wore the white dress in an event in Vietnam some days ago. She hasn’t made fans disappointed whenever she appears in front of crowd. It becomes a discussion topic when the netizens realized that the Vietnamese actress wore the same dress as the Thai actress. The Thai actress visited Vietnam some days ago for an event.

Many people said that Baifern looks much more remarkable than Nha Phuong because of the red lipstick. However, others said it’s due to different make-up styles, concluding both actresses look unique in their own ways. Both famous actresses look pretty in their own ways.

In this article:Baifern, nha phuong