On August 13, Ly Nha Ky made fans and the public excited over her public appearance in traditional Indian costume.

On the day after, she continued to captivate with a specially custom-made dress that glitters with thousands of bits of crystals – due to the concept of the second day of the event was about ocean.

The dress is reportedly designed by the young designer Do Long. 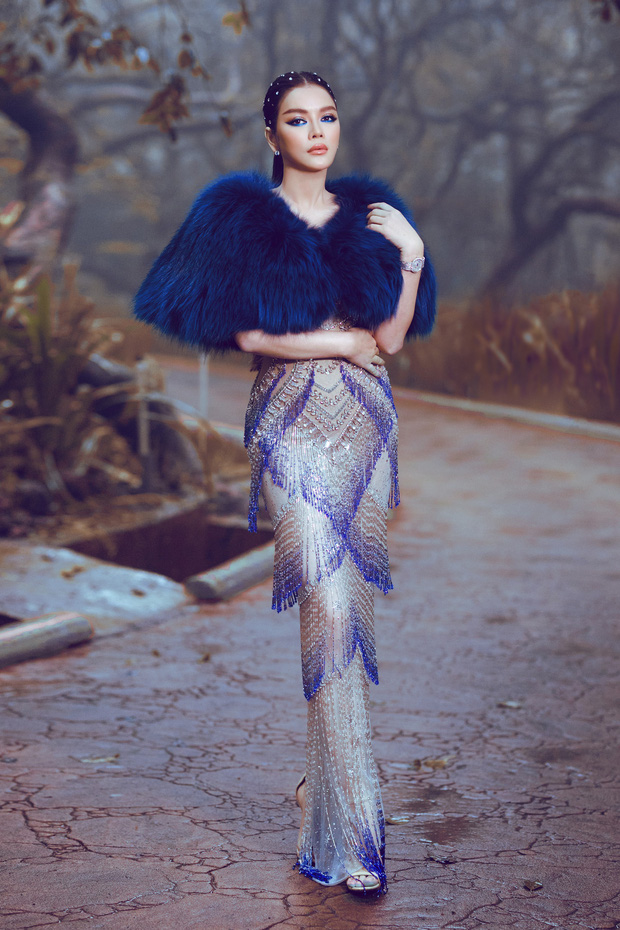 She looks like a princess of the blue sea.

The dress was accompanied with a blue thick furry coat, with the various diamond accessories that made Ly Nha Ky stand out of the crowd. Ly Nha Ky takes photos with her friends and the party organizer.

As known, Ly Nha Ky is one of the rare artists who was invited to the Indian birthday celebratory event that lasted 3 consecutive days. In this article:Ly Nha Ky