Ky Duyen and Minh Trieu were brave in the extreme cold weather in Switzerland.

These days, Ky Duyen and Minh Trieu have been travelling together to relax after being hardworking on their careers. On their personal social pages, these two beauties constantly share their memorable moments during the trip to update to the fans.

In the latest update, they made fans surprised when they took off their thick sweaters to show off their slim waist on the top of the snowy mountain Jungfraujoch in Switzerland. According to Ky Duyen and Minh Trieu, the temperature at the top of the snowy mountain was below minus degree Celsius.

However, both wanted to challenge themselves so that they took these photos. After posting the photos, a lot of their followers expressed their surprise at the level of playfulness of Ky Duyen and Minh Trieu. However, their fans also did not forget to remind both to take care of their health in the cold. 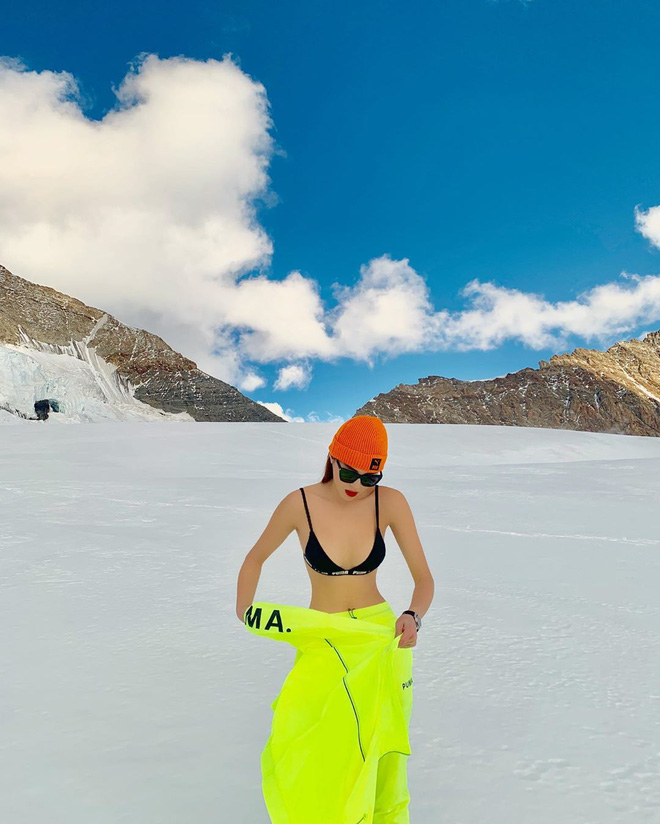 In this article:Ky Duyen, Minh Trieu