Not so long ago, Khanh Linh shared a photo that she had taken with 2NE1’s Dara and showed excitement like a fan-girl.

Khanh Linh made all Vietnamese people proud when she was recently named as one of the Best Dressed Asian Celebrities spotted in Paris fashion week 2020.

In addition, this was also a chance for her when she could meet her Korean idol Dara (2NE1) in real life as they randomly chanced upon each other in a shopping centre in France. 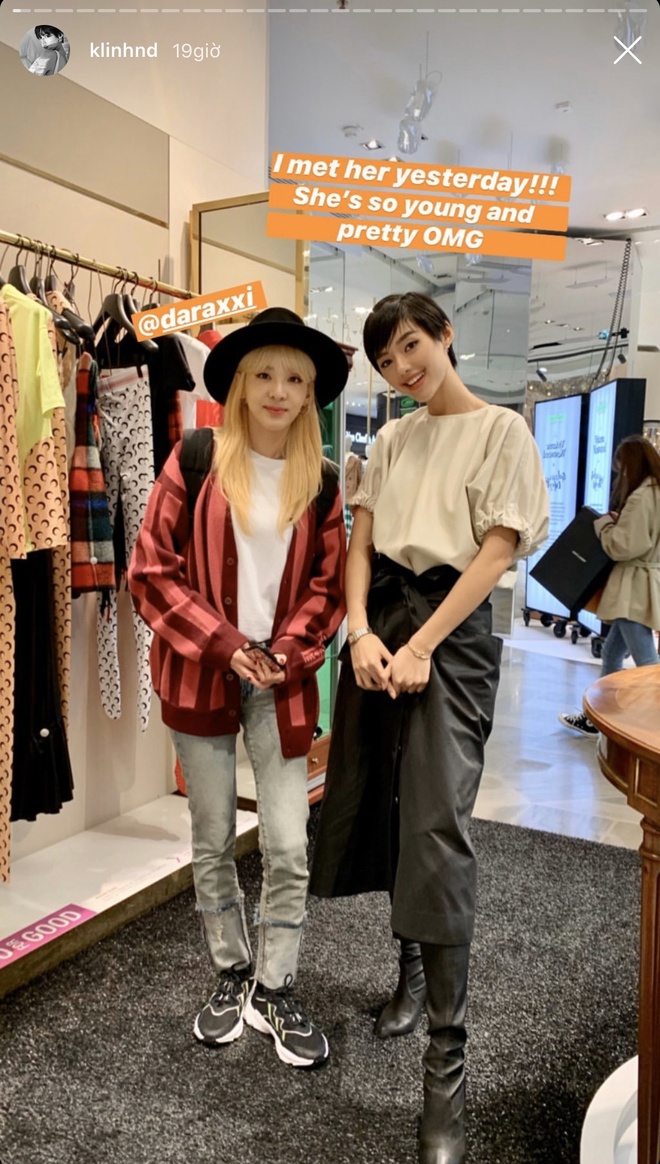 As seen in the photo, Khanh Linh couldn’t hide her happiness when she met Dara there. To save the precious moment, Khanh Linh and Dara also took a keepsake photo together, where they both looked beautiful in their own way.

In addition, Khanh Linh accompanied the photo with compliment for Dara by writing: “I met her yesterday, she is so young and pretty OMG”. In this article:2ne1, Dara, Khanh Linh