Dieu Nhi shared a photo of her and Isaac that made the public go excited over it.

As known, Dieu Nhi and Isaac have a close friendship as they often update themselves in the social network. Dieu Nhi is younger than Isaac so the latter tends to take care of her like his younger sister.

Recently, Dieu Nhi shared an interesting photo on her personal page that is attracting attention. This is such a cute photo.

In the photo, Dieu Nhi clung herself to Isaac as if he is a tree. Both’s faces were full of happiness as they took the picture together.

Many fans showed great interest to see this photo, and it is also probably fans of Isaac will be particularly envious with Dieu Nhi.

In other news, Dieu Nhi and Isaac have been receiving attention these days for the casting in the same movie titled “Dear Devil Brother”, a remake from popular Korean movie “My Annoying Brother”.

“Dear Devil Brother” will be shown nationwide in cinemas on 29 November 2019. 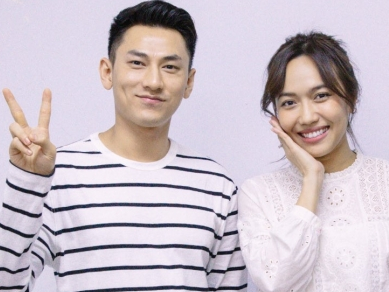 In this article:Dieu Nhi, Isaac