The costume that Hoang Thuy appeared in has been receiving a lot of attention from the public.

After Hoang Thuy was reported to be the Vietnamese representative to take part in “Miss Universe 2019”, she has been busy preparing for the beauty pageant these days.

Particularly, her photos in three unique suits of a “stork”, “iced milk coffee” and “Land Of Nine Dragons” have been circulating round the internet, garnering attention from the public. In fact, Vietnamese people would know well the significance of the three suits.

“Stork” is the representative image of Vietnamese village, while “Land Of Nine Dragons” reminds the locals of the origin of the name “Cuu Long Giang” (translated “Land of Nine Dragons”) that appeared for the people of the South under Nguyen empire. Last but not least, “iced milk coffee” is surely one of the most well-loved beverages throughout the country. 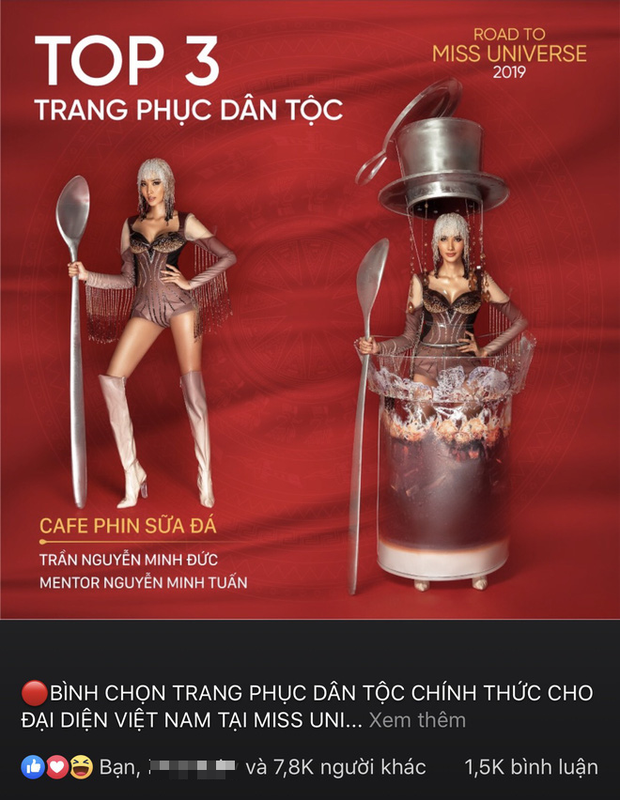 At time of writing, it seems like most people are voting for “stork” as it has the highest numbers of engagements on the post, followed by “iced milk coffee” and “Land Of Nine Dragon”.

Meanwhile, everyone is rooting for Hoang Thuy to achieve and bring pride to Vietnam in the coming beauty contest. At present, “Stork” has a majority vote for the nicest costume.