Local celebrity Hari Won posted a photo on her Facebook’s wall to express her happiness when meeting Ji Chang Wook after an event this morning. This morning, Hari Won and Ji Chang Wook were seen together in a photo.

It has been a long time since there was such a huge crowd of fans to welcome the foreign celebrities to Vietnam. It’s no wonder Leeteuk, Eunhyuk, and Ji Chang Wook were surrounded by fans. 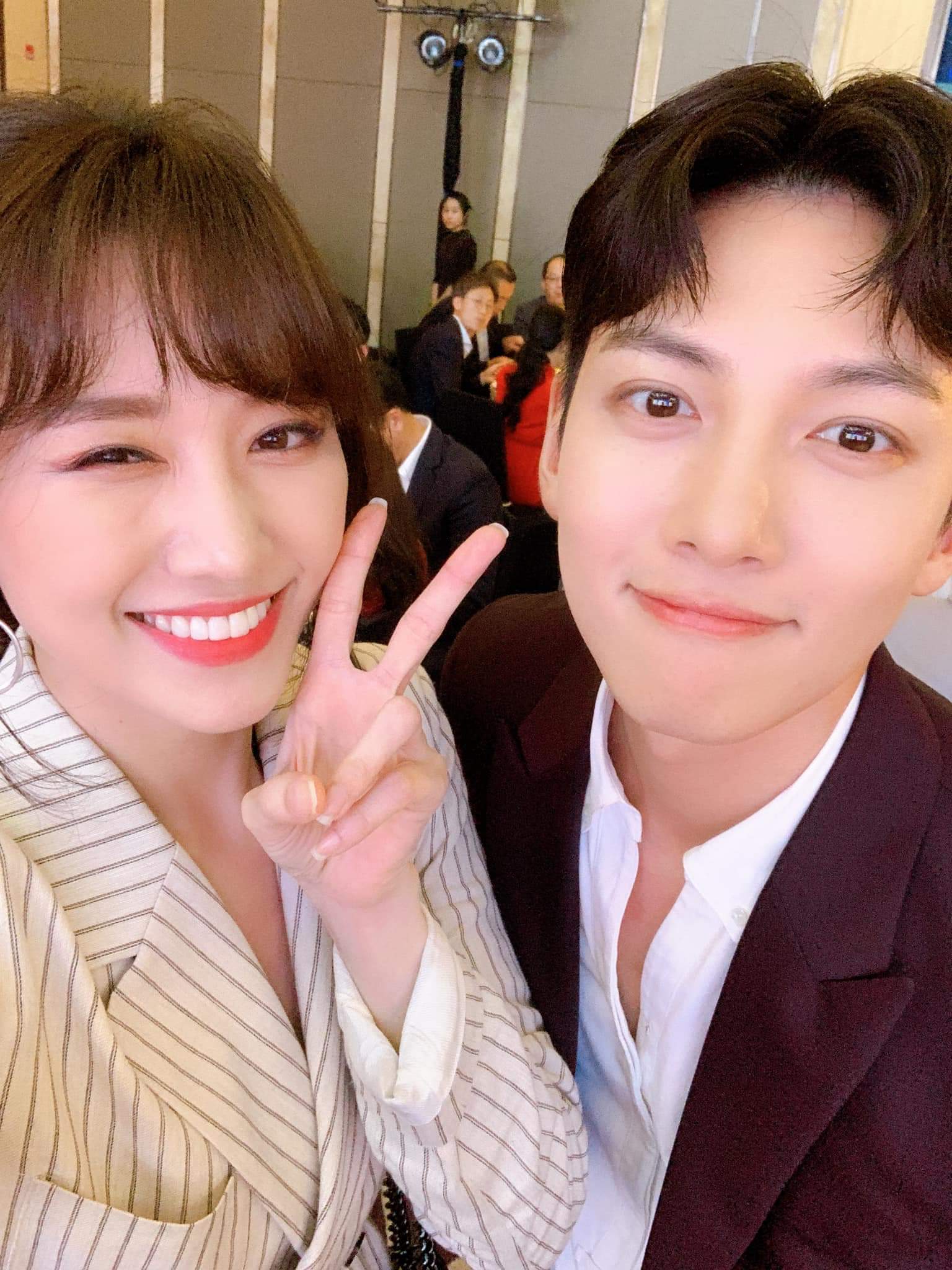 In the morning of July 26, these three Korean celebrities participated in a private event held at Noi Bai International Airport.

Local celebrity Hari Won, who is also a Korean, was seen attending in this event. After the event, they had a meal together.

It is usually rare when Hari Won can meet fellow Korean stars in Vietnam, especially Ji Chang Wook whom she seems to be his fan girl.