Ninh Duong Lan Ngoc and Chi Dan both own the same pet dog? More than meet the eye, Netizens said.

Both of them have the same pet!

The possible romantic story between the male singer Chi Dan and actress Ninh Duong Lan Ngoc has always been a big question mark for fans, especially both are secretive about their private lives.

Recently, netizens continued to uncover new evidences that might suggest their ongoing relationship. The two celebrities are discovered to own a similar-looking puppy in respective photos they posted, or is that actually the same pet?

Coincidentally, not so long ago during a Thailand trip, Chi Dan was also seen wearing the same shirt and the person who went together with him was actually, well, Lan Ngoc. This immediately caused many people to speculate that the actress went to her “boyfriend” gameshow. Exactly the same color and design with Chi Dan’s T-shirt. 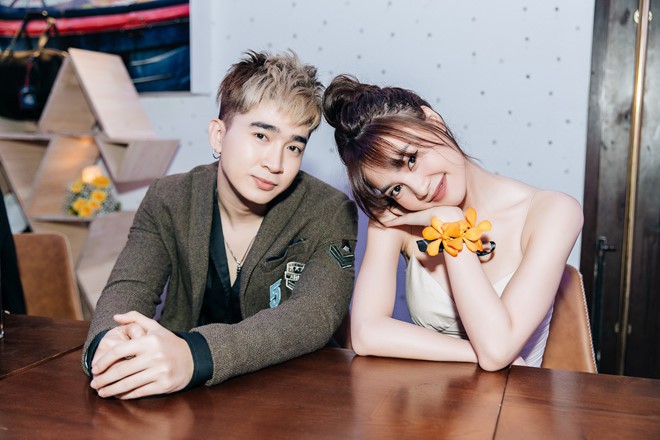 So are they the latest confirmed Vbiz couple?