Duy Manh and Quynh Anh shared their romantic wedding photo shoot which is conceptualized after the currently airing K-drama “Crash Landing On You”.

Counting down to the big day, Duy Manh and Quynh Anh will finally tie their knot on February 9.

Two days before the big day, the photos of the preparation of the beautiful couple Duy Manh and Quynh Anh were shared by the organizers.

Their wedding photo shoot was noted to be themed according to romantic Korean style, in particular with the words “Crash Landing On You” on some of the photos.

As K-drama fans would have known, “Crash Landing On You” is a new drama currently airing in Korea, which stars Hyun Bin and Son Ye Jin. 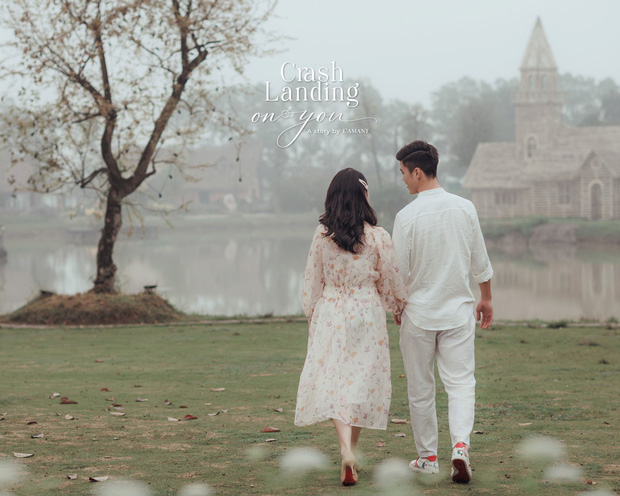 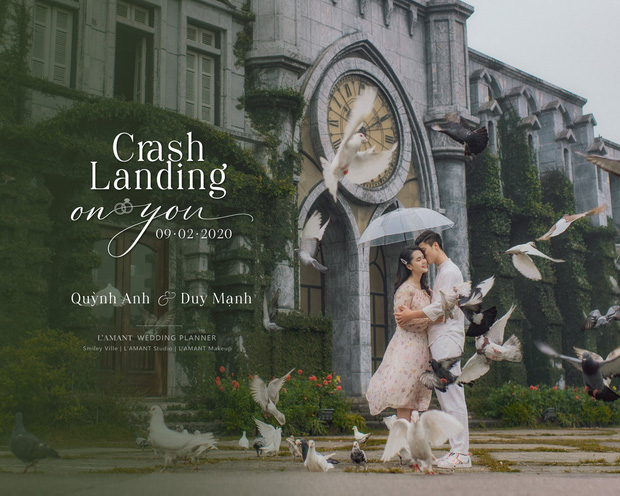 In this article:Crash Landing On You, Duy Manh, Quynh Anh