Vietnamese female singer Bich Phuong headed to the airport on a trip to Indonesia for show along with the participation of K-pop big names including MAMAMOO and MONSTA X. Bich Phuong appeared in the airport with her noticeable long legs.

In the morning of August 30, local singer Bich Phuong appeared at the airport with fans waiting patiently to see off their idol.

The singer was heading to Indonesia’s capital Jakarta to attend Vlive’s V Heartbeat Opening show at Senayan Tennis Indoor Stadium. The show is expected to share the same stage with popular K-pop bands such as MAMAMOO, MONSTA X and Indonesian artists. With the stadium capacity of up to 4,000 seats, the music show is set to give a memorable time to the attendees. At the airport, the singer looked quite rushed before the event but yet still managed to pull off strong team spirit with her team.

Even though Bich Phuong was wearing simple in a piece of white T-shirt and denim jeans, she nonetheless showcased an above average airport fashion in her own unique way. Even at the airport, the idol did not forget to take photos to update herself to fans, including photos with her team. 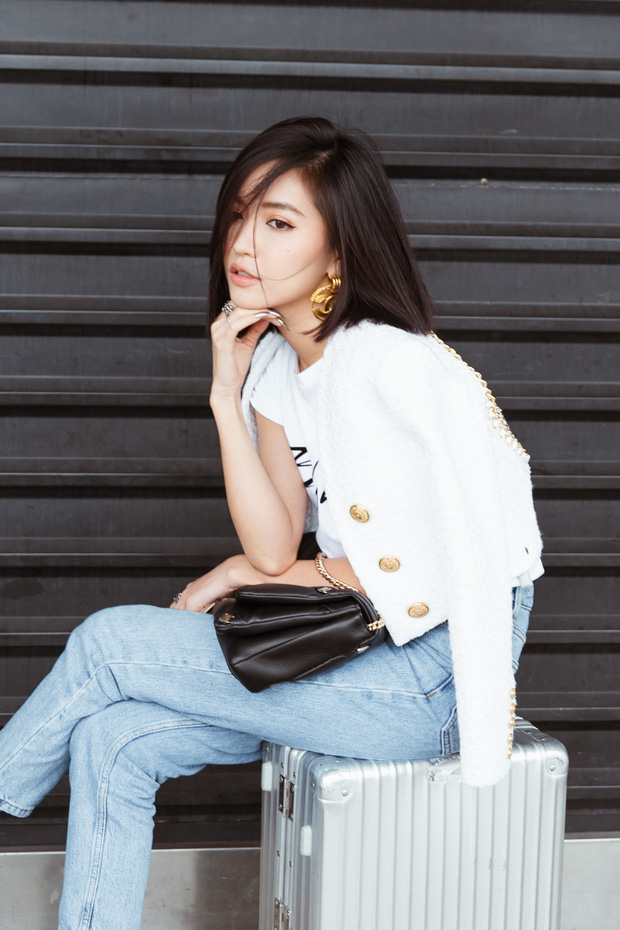